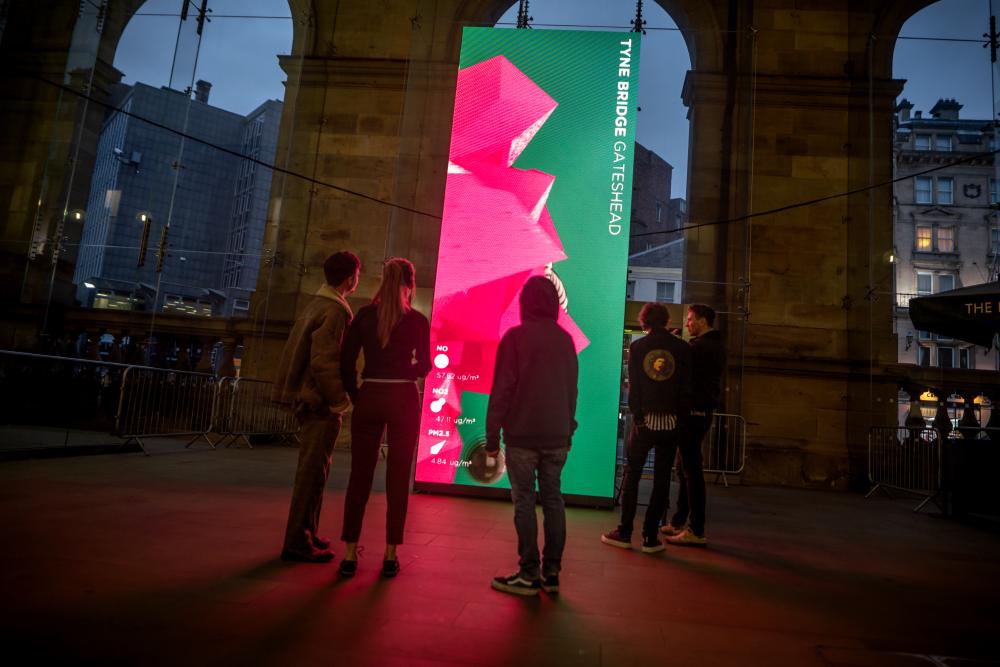 FLUX is a digital artwork by NOVAK featuring sound design by Ed Carter and Tim Shaw, that generates real time visual and sonic representations of live, pollution data captured from Newcastle University’s Urban Observatory. Presented on a large, monolithic-like LED screen, located in the entrance concourse of Newcastle Central Station on the 17th to the 21st May 2019.

The shapes and sounds that FLUX generates represent invisible airborne particulates of Nitrogen Dioxide (NO2) and Nitric Oxide (NO) alongside Particulate Matter (PM2.5). The volume of these shapes, their placement, movement and colour are all dictated by the live data being captured from the Urban Observatory and represent the fluctuating levels of these potentially hazardous pollutants that occupy the environments we all inhabit.

FLUX is a development of an artwork originally commissioned by Google Design and It’s Nice That . Supported using public funding by the National Lottery through Arts Council England.

Thank you to all the staff and management team at Newcastle Station.