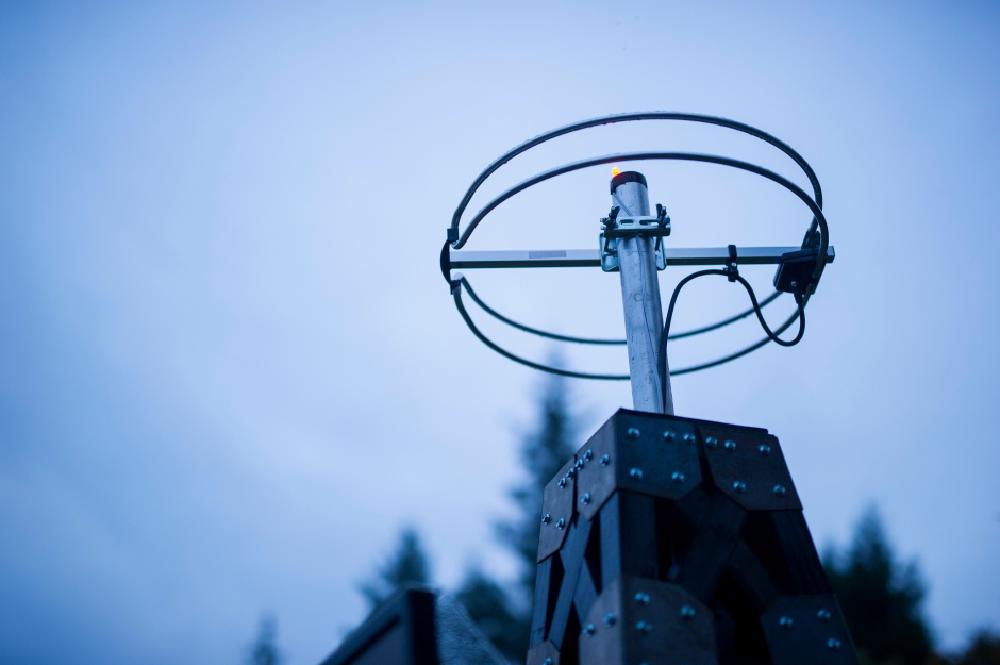 With Radio Television, the inherent precarity of radio creates a medium for generating and affecting visual content. As images are sent across the space, natural interference and interruption alters and distorts the images.

Short range radio transmitting towers occupy a variety of places across a site. Audience members are be able to see the images before and after the transmission via screens on the towers.

Radio Television was part of REACH at Sanctuary Lab 2017. It was kindly funded and conceived in collaboration with Sanctuary Lab, The Space and New Media Scotland.

“I am interested in experimenting with communication and connectivity, in order to explore darkness and the idea that a break from technology is one way of ‘going dark’. Sanctuary is firmly off-grid. Some of us rely heavily on infrastructures like the internet; this work is a little glimpse into other forms of communication technologies. I am interested in natural distortion, relying on the precarious nature of radio as a creative medium for affecting and altering all sorts of material.”

The work was featured in The Guardian, Alphr, BBC Radio Scotland and The Space.