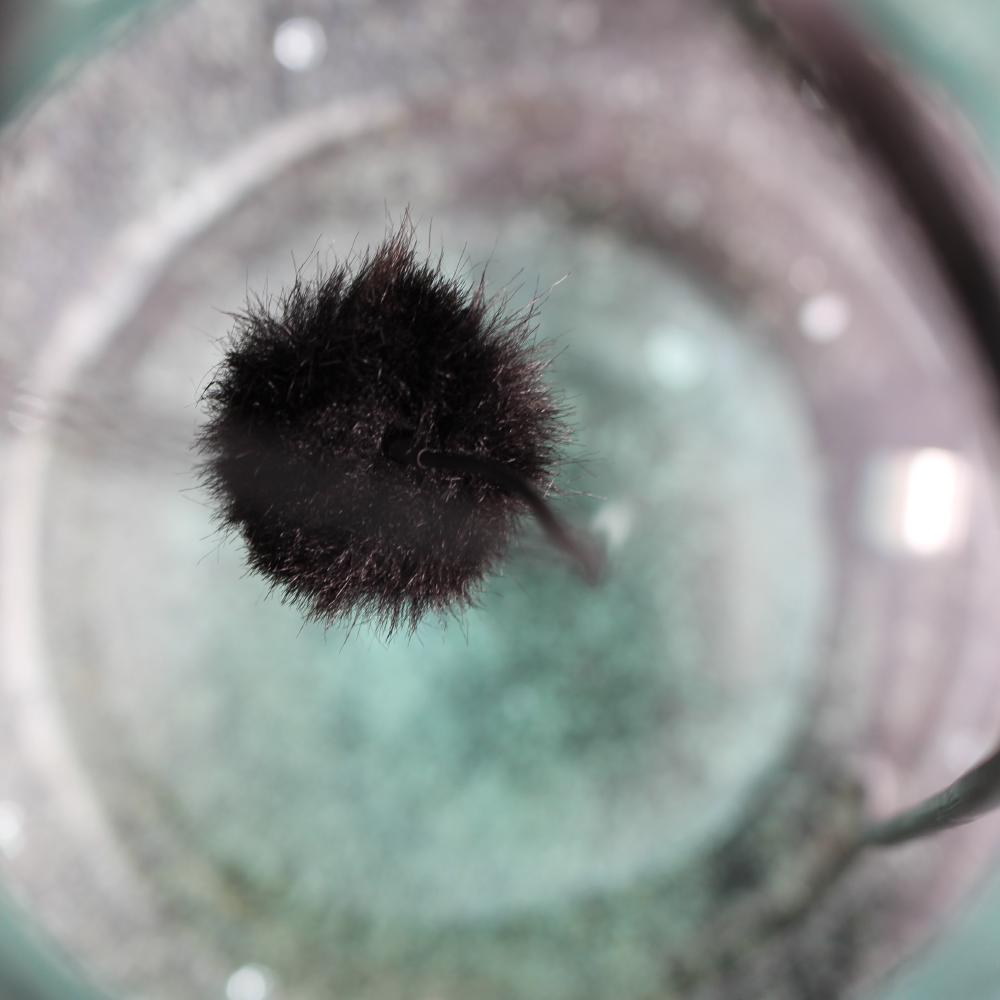 Victorian acoustician Herman Helmholtz studied sound and sensation in the 1800s; through his research he developed the Helmholtz Resonator, this object, usually made from glass or brass, is tuned to a specific resonant frequency and used to demonstrate the principle of acoustic resonance. Helmholtz writes about using these tuned devices to listen to sustained pitches from musical instruments. He also accounts hearing waterfalls, the howling wind and horse drawn carriages through his handheld resonators, using these devices to extract tones from the environmental sounds around him.

Inspired by the work of Helmholtz, this piece incorporates both ‘tuned’ and ‘un-tuned’ vessels to explore resonant sound objects. Using two large glass carboys (designed as liquid transportation vessels) partially filled with rainwater, alongside two smaller Helmholtz Resonators, ‘Surrounding Air’ comprises extended recordings of these acoustic objects. Each vessel contains its own unique sound space, a distinct resonating signature quietly bellowing and heard only at the point at which it meets the outside world.

Placing small omnidirectional microphones and hydrophones inside the glass reveals a unique perspective on this space. Recording a rainstorm through the vessels we hear a complex and ever-changing sound world from this fixed listening point. After capturing the sonic signature of the vessels I built a semi-generative synthesis engine in tune with the containers, moving towards a musical world tempered to these glass vessels, extracting tones from the surrounding environment in honour of Helmholtz. Listening through these objects allows us to hear the world as he may have done over 150 years earlier.

Recordings, processing and programming carried out in my home studio and rooftop in Newcastle-upon-Tyne, UK.