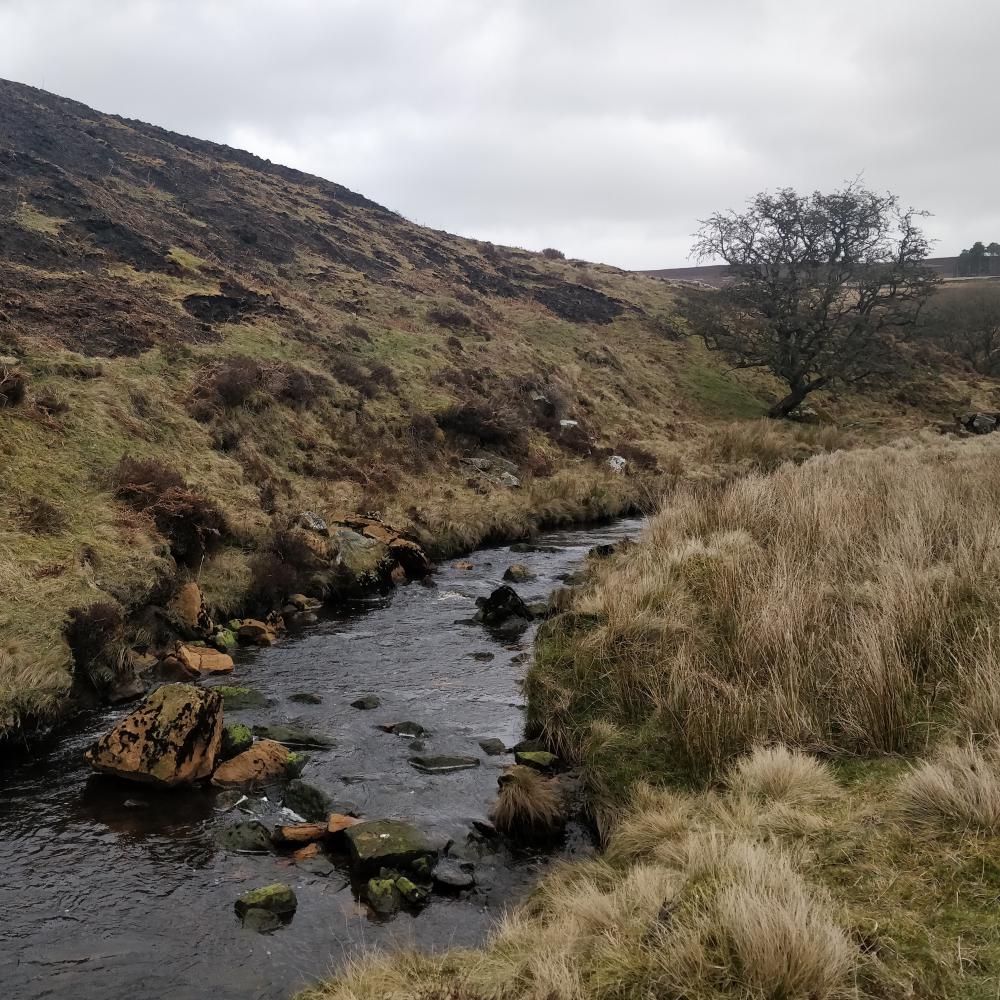 A musical collaboration between sound artist, radio producer and a burn in Northumberland.

Slow Radio for Radio 3’s Along the River week. Musician Tim Shaw and producer Julian May collaborate with a Northumbrian burn to create a piece - The Water’s Music

‘He made his habitation beside the water’s music’. This line, from a poem by Martyn Crucefix, lodged in the mind of radio producer Julian May, inspiring an ambition - to collaborate with a brook to create a composition. By moving rocks and logs might the sounds of the stream be adjusted, ‘tuned’, and might a piece of music slowly emerge?

Tim Shaw is a sound artist and musician based in Newcastle. After auditioning several he finds a musical burn on a moor in Northumberland. He and Julian May record the sounds it makes, from the tiny tinkling trickle near its source to its disappearance under a bridge of resonant drainpipes, via niagarous waterfalls and sombre pools.

They intervene, building a ladder of rocks to create a chord as the water flows down. They use hydrophonic microphones, recording underwater to capture the music of the burn from its bed. They tie these hydrophones to bits of wood, letting them drift downstream as ‘sound pooh-sticks’. There is life here; in a pool by the burn they record strange pings, the sounds of tiny aquatic creatures. Sploshing about in chest high waders they stretch a rod across the burn with microphones attached at intervals along it. Recording first one, then another they create stepping stones - in sound.

In the first part of the programme Tim and Julian gather the sounds and explain what they are up to. They then present the composition they (mostly Tim, the musician) make out of this, a piece in three movements for Northumbrian burn, rocks, logs, hail and aquatic beasts, a piece of slow radio -‘The Water’s Music’.

The Waters Music on BBC Sounds