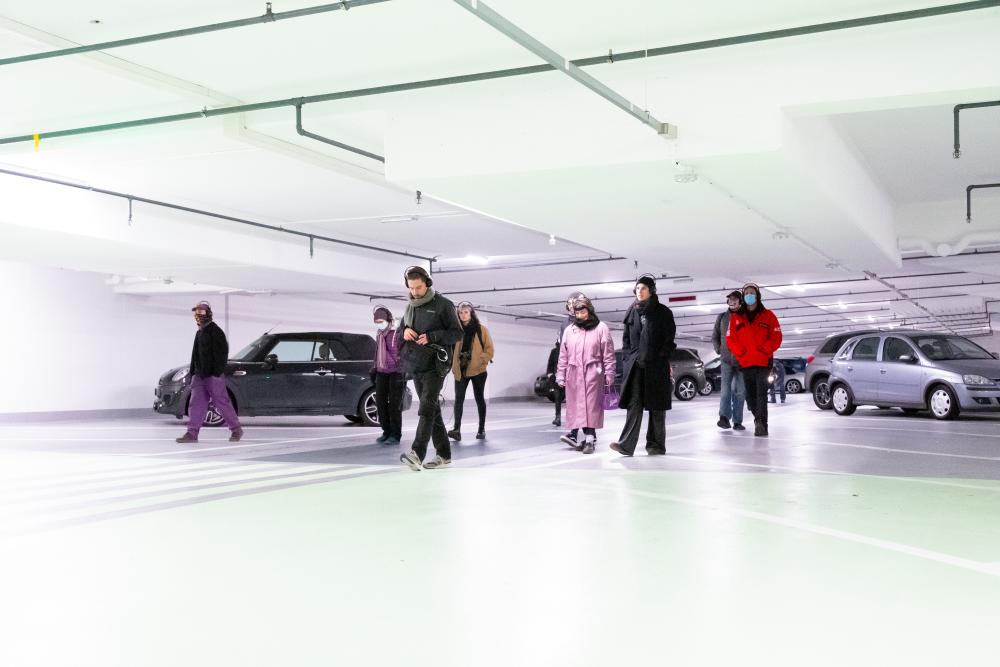 Ambulation is a sound walk that uses field recording techniques and listening technologies to create a walking performance using environmental sound. Ambulation engages with the act of recording as an improvised performance in response to the soundscapes it is presented within.

This headphone-based sound walk adapts field recording equipment and DIY listening technologies to explore the sonic quality of different environments through an expanded performance practice. The performer collects acoustic and electromagnetic signals from the immediate environment and transmits them to audience members who are each wearing wireless headphones. By doing this, Ambulation configures field recording as a live, performative act. This project has been in continuous development since August 2014.

Each performance is specific to its geographical and temporal context and the performance system has been designed to manifest this site-responsiveness. The listening technologies and sound processing systems employed are revisited in each performance in order to respond to the environmental context of each particular event. As a result this project is never finished and continues to be developed with each new invitation to walk.

Ambulation has been performed at the following festivals / events:

Ambulation Soundwalk in the Saltern of Cervia, Italy as part of Elementi Festival 2022 [Image: Chiara Pavolucci, 2022]

A paper on Ambulation and the processes behind it was written for the New Interfaces for Musical Expression conference in collaboration with John Bowers. Its open access and available here.

Technical details for Ambulation are available on the Bela Platform blog

The Ambulation system has been used for other projects such as Inner Voices, NET-WALK and The Rose Walks.